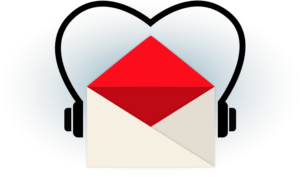 https://www.loveletterslive.com/
This link will take you to her previous podcasts

Welcome, Janet Gallin as she joins the newclevelandradio.net family with her podcasts Love Letters Live.

“Janet Gallin has been producing and hosting Love Letters Live since its inception on KUSF in 2005. She also leads workshops and provides consultation to private and corporate clients. Her two heaven-sent daughters and granddaughter have taught her most of what she knows about life.”

Recently she has become an inspiration for me, Karen Hale, program, and podcast producer here at newclevelandradio.net 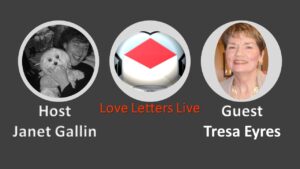 Tresa and Janet were co-founders of Love Letters Live. Janet had an idea of writing love letters. Tresa had an idea about what to do with that idea. So they got together for a chat, and after Tresa’s six questions about what this would all look like, we launched workshops that led to the talk-show and the ensuing on-line Examiner column. Tresa has always spent much of her working time as a volunteer in the world of enabling strength and success for women in countries around the world. 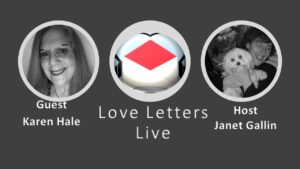 Karen Moss Hale, a producer at newclevelandradio.net shares her Love Letter written to her mother (and father) thanking them for the life they shared with her. Karen found comfort in writing this letter and sending it to her sons so they would understand the connection she made with her parents even after their death. Today Karen feels confident that they shared a loving and caring relationship despite any imperfections. 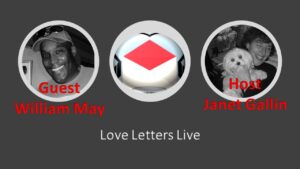 William May has spent 34 years as the head doorman at the Fairmont Hotel, and with the hotel closed due to coronavirus, his life has changed drastically. He has always been a man with his heart, mind, and eyes open to possibilities, so as each presented itself when he least expected it, he dove right in. 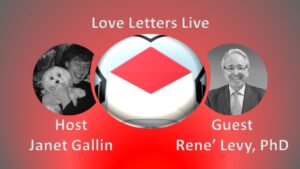 A major concern of his is that civilization can be destroyed from within by political hatred. His focus is based on his knowledge of neuroscience studying why we hate and what we can do about it.

The first audio podcast with newclevelandradio.net will debut on Tuesday, August 11, 2020, to listen click on this link https://www.spreaker.com/show/love-letters-live-with-janet-gallin