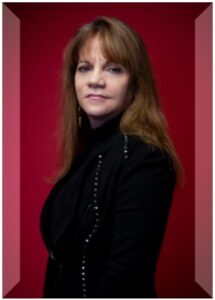 Lori Sokol, Ph.D. currently serves as the Executive Director and Editor-in-Chief of Women’s eNews, an award-winning non-profit news organization that reports on the most crucial issues impacting women and girls around the world, reaching 2.5 million readers annually. As an entrepreneur, scholar, journalist and psychologist, Dr. Sokol’s career spans over 30 years of reporting, writing, researching and publishing on such pertinent social issues as gender equality, the needs of working parents, environmental sustainability and strides made by female professionals determined to smash the proverbial ‘glass ceiling.’ Her articles have been published in the Baltimore Sun, The Huffington Post, Ms. Magazine and in Slate.com, and she has been profiled in a number of publications, most recently in the Wall Street Journal and on Forbes.com. She has also been interviewed on MSNBC, CNBC, WPIX, NY1 and Fox Five Live. Her next book,

She Is Me: How Women Will Save the World, will be published by

5/21/20
Today’s Podcast Lori Sokol, PHD welcomes Kristen Browde (Democratic Party) is running for election to the New York State Assembly to represent District 93. She is the first transgender candidate to be endorsed by a major political party.
https://www.spreaker.com/user/10697139/women-saving-the-world-with-lori-sokol-p

Check out the concepts and directions of ‘Women’s News Live’ https://newclevelandradio.net/podcasts-concepts-by-lori-sokol-phd/

Check out the latest in podcasting: https://newclevelandradio.net/podcasts-_women-saving-the-world-with-lori-sokol-phd/