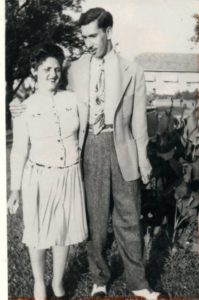 On June 21, 1941, despite a World War going on, my mother and father who met at a mutual cousin’s wedding in 1940, said their “I do’s!”  My parents were married for sixty-three years until the passing of my Pops in 2004.  If mom and dad were here to celebrate us today, Pops would be 102 and my mother 99, and this would be a spectacular 78th Wedding Anniversary.  However, Mom and Dad are up in the heavens together and so through some magical force, the love and compassion I hold in my heart for them, I am making my connection in the only way I know, how, sharing them with you. 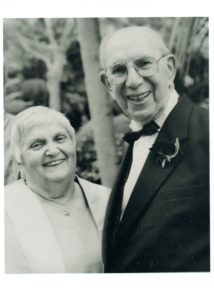 Sixty-three years is an amazing tribute for their love.  Although my parents were dubbed, The Bickersons, despite their loud (not screaming) conversations became a running family gag that they were there own sitcom.  The stories my parent’s shared about their meeting at a wedding was kismet, even though my mother played hard to get; she was not sure Jay Harmon Moss was her Prince Charming.  My father continued to pursue Dorothy Friedman since his own mother thought she was a damn good catch. 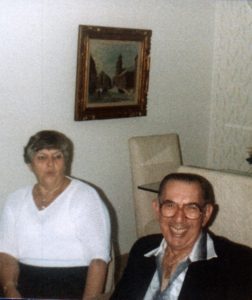 My parents didn’t have the easiest life, but they managed to make it through the perils of Ups and Downs.  They taught my brothers, Gary and Joel, as well as myself, to keep reaching for the stars.  Now that I look back over the years, we may not be the richest family, but we are wealthy in memories.  Our memories are what propel each of us forward.  The world may not look beautiful right now with political storms and with mother nature’s in rage, but we are survivors as we learned our lessons well. 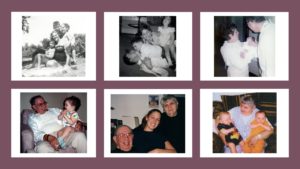 On this June 21st, 2019, the first official day of Summer, I am thinking of my loving parents with a heart full of joy.  If I could thank them for giving me life and the opportunity to share the sunrise and sunset with others, I would do so with much love and gratitude.

Posted in Uncategorized | Comments Off on Thinking 2 Day

That is the word.

By definition that word means to murder in a surprise attack for political or religious reasons; to murder premeditatedly and treacherously; to target and stake out and deliberately kill.

There is a theory – a belief – that only prominent important people are assassinated and that ‘common folk’ are murdered.

I am of the absolute belief that that theory is wholly & deeply & royally flawed and fucked because all of the humans who have been gunned down in this country – over 37 thousand humans to date since 2013 – while doing their daily school work, their daily life, their daily prayers, their daily shopping, their daily business were all important & prominent – none of them – not one was common and all of them – each and every one of them – were invaluable worthy humans.

In our Country, on our land – every single fucking day right here.

I was in a Goodwill Store a couple of days ago and purchased a cast iron skillet… i was toying with the idea of getting a carabiner* and clipping it to my belt… not exactly concealed carry… but… I figure if Wonder Woman can use her bracelets to deflect bullets … with a cast iron pan i can bounce those SOB”s right back at the shooter…. it takes a good guy with a pan to stop a bad guy with a gun… so keep in mind.. when you see me I will be packing enough heat to not only cook breakfast, but return lethal fire to any desperadoes foolish enough to fuck with “EL SKINNATO TERRIBLE”… …. … even though I am not paid as much as the reigning NRA leadership pukes… I am smart enough to be prepared when the spit hits the fan… … … (this post was inspired by the Second Amendment Sanctuary resolutions proposed in Virginia recently)

Editors note: A Carabiner is a metal loop, which can be opened on one side. This side is called gate. … Carabiners are often used for rock climbing, sailing and canoeing. They also are used for construction of high buildings or window cleaning. The word comes from the German word “Karabinerhaken”, which means “hook for a carbine”.

“Mark Twain said: “Keep away from people who try to belittle your ambitions. Small people always do that, but the really great make you feel that you, too, can become great.

When you are seeking to bring big plans to fruition, it is important with whom you regularly associate.

Years ago she – an older woman I deeply admired & respected – told me to become a secretary, that I’d never make it as a writer, I looked her in the eyes – both eyes – and I told her that I would show her what I was fucking made of and that I would prove to her the mighty fierce power of my determination to be a writer, a woman of her words.

Let’s all encourage & inspire and root on and cheer on and support and champion all our friends & folks with dreams and hopes and off-the-fucking wall wild ass mind-blowing ideas and projects that need to be born, brought to fruition!

Please check out BEAUTIFUL as amazing as Elise Lieberth herself  https://www.youtube.com/watch?v=9jVWnsCSOxA&feature=youtu.be&fbclid=IwAR13uNxzn2WxD731SKvq7b9zFE9BIp7IfrG7YTfRccdN5EcHownOmlvL5ts

Posted in Uncategorized | Comments Off on Check out Elise Lieberth

Amy Ferris is the Kindest!

We have no cable or wifi, power is iffy, so I’m gonna make this short & sweet and hope to fuck this posts. And please forgive all typos!

Today is giving Tuesday, please give. Give to the causes that move your soul & your heart, give to organizations that need support and dough to continue doing good work in the world, but mostly… give kindness & love and goodness and be generous because love & kindness & goodness and generosity never go out of style. You can accessorize all of that with whatever you’re wearing.

Give unconditionally because no one needs conditional love or kindness. Give a word of encouragement, give a hug to someone who needs to know that they matter, give a hand up to a human whose life needs to be lifted, give warmth to folks who are shivering from being unwanted, give a good look at folks who feel unseen, give a good listen – pay attention – to anyone who feels unheard. Pay a compliment to someone who feels invisible, unnoticed.

Please, don’t hoard generosity – the world is aching from cruelty. And if you got some extra love & kindness & goodness left over, give that away to someone who only knows what it’s like to be shun, turned away from.

Ken & I are giving to these org’s today:

Women’s eNews (The Ovary Office) because Lori Sokol makes this world better & more beautiful and she lifts me every single day.
Peters Valley School of Craft because Art Saves Lives & I am grateful to be on the board and be apart of that glorious community & because Kristin Muller makes the world shinier & more creative.
The SERO Project because Sean Strub a true champion of all that’s good & kind & glorious in this world and because no one lifts & inspires young people like Cindy Stine – she is a magnificent glorious SHEro!

Planned Parenthood, ACLU, and yes, the Humane Society because pets love us even when we don’t love us.

I love you all.

Posted in Uncategorized | Comments Off on Amy Ferris is the Kindest!

Ray, thank you for allowing us to post the link to your story https://medium.com/@rayngoldberg/the-three-stories-where-i-have-to-deadname-myself-644985dc26eb

You are an amazing individual that I am proud to call friend, and almost MISPACHA (family.)  As we approach 2020 many changes in our world/society are evolving and if we are lucky we can journey in life that makes us feel whole.  Too many of us have traveled down many paths taking right turns when we felt the urge to turn left, or going straight when we saw something on the horizon to our right.  It takes courage to climb a mountain but when we do and we reach the APEX we can agreed that the sight is beautiful.

I hope your beautiful story will enlighten and encourage others to live life and dance as if no one is watching!

We are here because we stand on the shoulders of greatness: warriors and goddesses and SHEroes and badasses.

Women’s eNews is running a series that I created: The Ovary Office. The intent of this series is to inspire and encourage WOMEN to run for office. While there are women who have thrown their hat into the Presidential ring, there are many women – in small towns and big cities across this Country – who are standing tall and standing up and fighting for justice. Women who know that mud will be slung, dirt will be dug up, and nasty and cruel words will be said about them. But run they must. For their rights, for human rights, for their children, for their friends and co-workers; for all of humanity. Perhaps you’re as exhausted as I am by the bully pulpit and men who not only disregard women, but treat women as second and third class citizens, men who believe that rape is God’s will, and abuse of power is their right.

Lori Sokol and I met a few years ago and just like that magic happened: we determined that we would try our very best to make this world kinder and better; that we would stand up to racism and sexism and homophobia and xenophobia and abuse of power, that we would create opportunities for all women to have a voice.

Lori Sokol is one of my very favorite Warrior SHEroes, and every single day without fail she rises – without fail – so in my world, my little corner of the world, Lori IS the occasion that I rise up to.

In order for The Ovary Office to continue it’s profound & important work – and for Lori (& WEN) to continue interviews and articles and making a ruckus – making sure women who run for office will be heard and seen and yes, voted in – money needs to be raised.

Lori will be reaching out soon through Women’s eNews and giving Tuesday and I hope that you can dig in a bit and donate to this extraordinary series.

We are Mother Earth and we will not be destroyed or discarded or abused.

Those days are long over.