My father used to recite a poem to us (my brother, Gary, Joel, and myself,) especially when we expressed defeat or discomfort in a challenge.  The poem was a favorite of his by Edgar Guest, a Detroiter, called. “It Couldn’t Be Done.”  My parents especially my dad would not accept the words, couldn’t, can’t, or impossible.  He was the force behind slaying windmills, and he encouraged his family to do the same.  Slaying windmills is not an easy task as they keep spinning, often out of reach, but making the attempt and trying to do what is meaningful to you, was a lesson well taught and learned in our home. 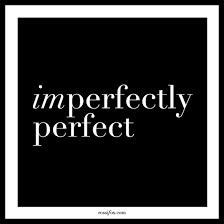 I sometimes believe I was the slow learner of us three siblings as I have stated before I always felt inhibited and less worthy than others, but as an adult, I have taken my father’s words to hear, and I go for what is important in my life.  I found my voice as a podcaster, and I love the work I do, even when it is imperfect because I understand that perfection is not a reality; it is something to work towards.  Once we get to the pinnacle of the mountain, there is yet another path to take.  What goes up, must come down!

Today I scored an interview with one of my teenage musical idols.  It’s funny, but the first music interview I did in 2017 was with Larry Brown, who was once part of the Association.  Luckily for me, I did not know this going into the podcast with him, and I handled my fan panting to a minimum.  I had asked Larry to speak with me on our initial broadcast, and he agreed (I think because he knew my brother.) but I appreciated his talents and wanted to share them and then he told me he wrote “Cherish” with the Association.  (One of my favs!)

Since 2017 I have had the honor to podcast with many musicians, and talented artists who amaze me with their artistry, some are well known, and others are just known, but I hope to assist in sharing them with our listeners and beyond.

The lessons I learned from my Pops was to reach for the stars, and last week I reached out to Judy Collins, and today I scored an interview for June 26th at 10 am EST on newclevelandradio.net – http://mixlr.com/new-cleveland-radio/events/judy-collins-_five-decades-of-music.  My Dad once told me to not to be afraid to ask, and there are only two answers, Yes or No.  In life, we all have a 50/50 chance.

Posted in Uncategorized | Comments Off on Some Body Said…