It’s a New Year with Some New Podcasts 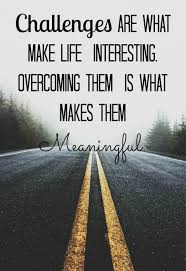 2019 will be bringing you some new podcasts as well as a return of, Senior Moments with Bradley & Heather Greene.  We are waiting with great anticipation to welcome them back after a hiatus.

Katie O’Toole Smith will be joining newclevelandradio.net, sharing the message that “all things are possible!”  It’s more than a saying or a spiritual belief.  “If you give up it means you never tried,” and with the support of others, there is no reason not to try!  (First show is scheduled for Thursday, February 14, 2019, @ 6 pm EST)

Melinda Smith will share thoughts on positivity and not in a cheesy condescending way, but woman-to-woman, person-to-person.  It’s not about right or wrong; it’s about facing challenging and creating new opportunities.  As Helen Kellet stated, “Although the world is  full of suffering, it is also full of the overcoming of it.”  (First show is scheduled for Monday, February 11, 2019, @ 6 pm EST) MY HEART MOJO

It is this poem by Edgar Guest that my pops repeatedly quoted that encourages me to face each challenge as an opportunity!

Somebody said that it couldn’t be done

But he with a chuckle replied

That “maybe it couldn’t,” but he would be one

Who wouldn’t say so till he’d tried.

So he buckled right in with the trace of a grin

On his face. If he worried he hid it.

He started to sing as he tackled the thing

That couldn’t be done, and he did it!

Somebody scoffed: “Oh, you’ll never do that;

At least no one ever has done it;”

And the first thing we knew he’d begun it.

With a lift of his chin and a bit of a grin,

Without any doubting or quiddit,

He started to sing as he tackled the thing

That couldn’t be done, and he did it.

There are thousands to tell you it cannot be done,

There are thousands to prophesy failure,

There are thousands to point out to you one by one,

The dangers that wait to assail you.

But just buckle in with a bit of a grin,

Just take off your coat and go to it;

Just start in to sing as you tackle the thing

That “cannot be done,” and you’ll do it.

Posted in experience, kindness, Life, life changes, Listen | Comments Off on It’s a New Year with Some New Podcasts