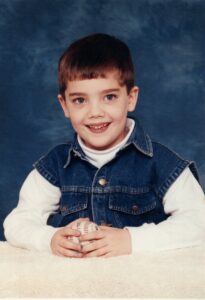 THE DAY THE MLB OWNERS AND TEAMS AGREED TO PLAY!

“Major League Baseball’s owners have approved a restart plan for MLB and, in keeping with the acrimony and suspicion between management and the players we’ve seen for the past three months, sent it as more or less an ultimatum to the players association. But it does mean the sport is coming back.”

I have always enjoyed the game of baseball.  I grew up in Detroit and my introduction to baseball was the Detroit Tigers.  Although we didn’t go to many games back in the day my Father either listened to the game on his AM Radio or we watched in on our Black & White TV.  During my teens, we lived in Minneapolis and I felt like a trader rooting for the Minnesota Twins, but Harmon Killebrew played for them and my dad’s name was Harmon, so became loyal to them only to feel torn when in 1968 we moved back to the home of the Tigers.

During my lifetime, I have lived in cities with other teams such as the Phillies, the Reds, and the Indians!  My first introduction to the Indians was in the late eighties or early nineties when they were still playing at Municipal Stadium.  My husband and I were invited by one of his clients to attend a game and party in a Logue.  Well everyone else partied (assuming the Indians would lose which was their pattern at that time,) I sat and watched the game rooting for the home team.

In 1994 as I traveled for business one night when I called home, my youngest son Alex who as 4 years old at the time informed me he was watching the Oreos on TV and he couldn’t talk to me.  After he hung up on me very abruptly I called back and his father told me that Alex was mesmerized by the baseball game and was intently watching it.  That was the beginning of true love in our home!  Ever since the summer evening, Alex has gravitated and absorbed the game that it is difficult not to enjoy his love for the purity of the sport.

COVID19 has hit us all hard and baseball not starting on time in March has been difficult on many (but it is very apparent here in our home.)  You see Alex always wanted to play baseball and despite the lessons he took and his knowledge of the game past and present, some obstacles (COACHES) stood in his way.  However, his dream has always been to work for the Cleveland Indians.  Two years ago that dream came true and although he is working his way through the system for him it’s not just working because when he is at Progressive Field he feels complete!

However, this horrible virus has meant he is out of work along with many others working for Major League team, however, he plans on returning when the opportunity avails itself.  Now that an agreement has been met he is all smiling because he will at minimum be able to follow his team and the sport he loves.  I too am smiling again because despite being from Detroit, and once rooting for Twins, Phillies, and Reds, my love and devotion go out to the Cleveland Indians.

I don’t want to wish the summer away but I cannot wait till they take the field at the end of July so I can, “Root, Root, Root for MY HOME TEAM.  GO INDIANS!