That is the word.

By definition that word means to murder in a surprise attack for political or religious reasons; to murder premeditatedly and treacherously; to target and stake out and deliberately kill.

There is a theory – a belief – that only prominent important people are assassinated and that ‘common folk’ are murdered.

I am of the absolute belief that that theory is wholly & deeply & royally flawed and fucked because all of the humans who have been gunned down in this country – over 37 thousand humans to date since 2013 – while doing their daily school work, their daily life, their daily prayers, their daily shopping, their daily business were all important & prominent – none of them – not one was common and all of them – each and every one of them – were invaluable worthy humans.

In our Country, on our land – every single fucking day right here.

Sharing the Thoughts and Words of Alex Bevan 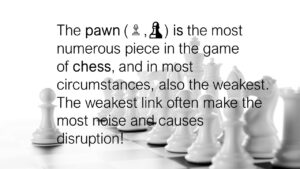 Hello Rand Paul… my name is Alex Bevan… you don’t know me… but I see what you have done…and are doing… I wish you lived next door to me… there’s a lot I would like to say to you… not in public though…. no… certainly not in public… trust me… i would not call you a piece of shit or threaten you… but… I would talk to you about the trail of political dreck you have left… certainly for your own gain.. maybe a little for your party… but not for us… the Americans who pay for your fucking mis-steps with our taxes, diminished freedoms and injured trust in the our system of government…. yeah… I wish I lived next door to you…. ….. ….